Italy, Germany and Austria are the countries directly involved in this project and most activities will take place there. Project partners have been selected from these countries as trafficking for the purpose of sexual exploitation of third country nationals from Nigeria and China is widespread there (according to the UNODC 2016 Global Report on Trafficking, p. 79).

In addition, IOM estimates that the number of potential victims of trafficking in human beings for the purpose of sexual exploitation arriving in Italy via the Central Mediterranean route has increased by 600% since 2014 1. According to Eurostat 2, Nigerian women have filed the most asylum applications in Italy (6,800) and Germany (2,975) in 2017. Austria had the fifth highest number in the EU (245). While these figures cannot be equated with the number of victims of trafficking, the project partners know from their long experience in working with Nigerian survivors of trafficking that many of them are instructed by traffickers to file an asylum application upon arrival, often with false identification. Therefore, the figures can serve as a measure of the frequency of trafficking of Nigerian women and girls for sexual exploitation in these countries.

In Germany (255), Italy (165) and Austria (80), Chinese women's asylum applications in 2017 were among the highest in the EU, with the third, fourth and eighth highest frequencies respectively. 2 The frequency of trafficking in Chinese women is increasing. Particularly in Austria, the Austrian Coordinator for Combating Trafficking in Human Beings has officially recognised this as an increasing trend. National statistics on trafficking in all three countries also confirm the importance of this group of third countriy nationals. 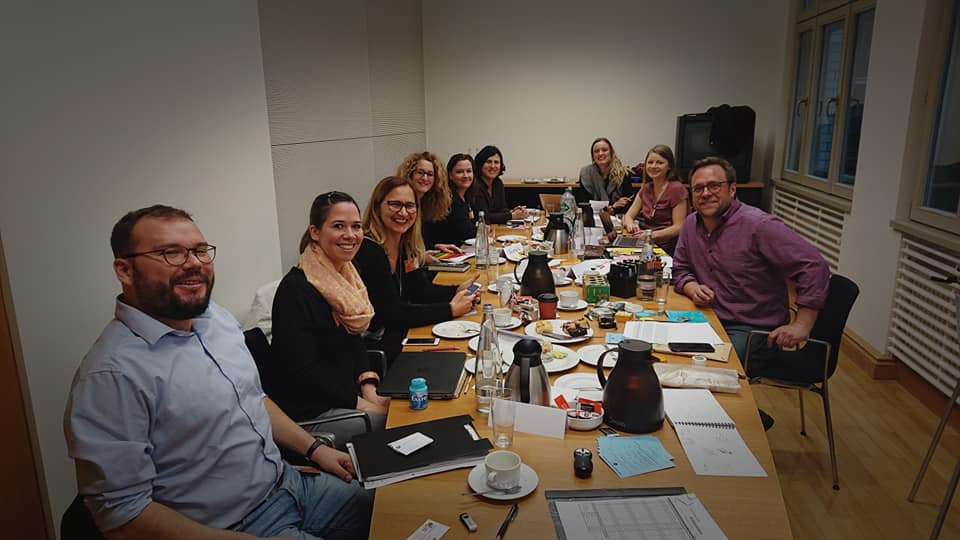 Part of the INTAP team at a research meeting in Berlin in February 2019 and in Rimini (Italy) in October 2019. 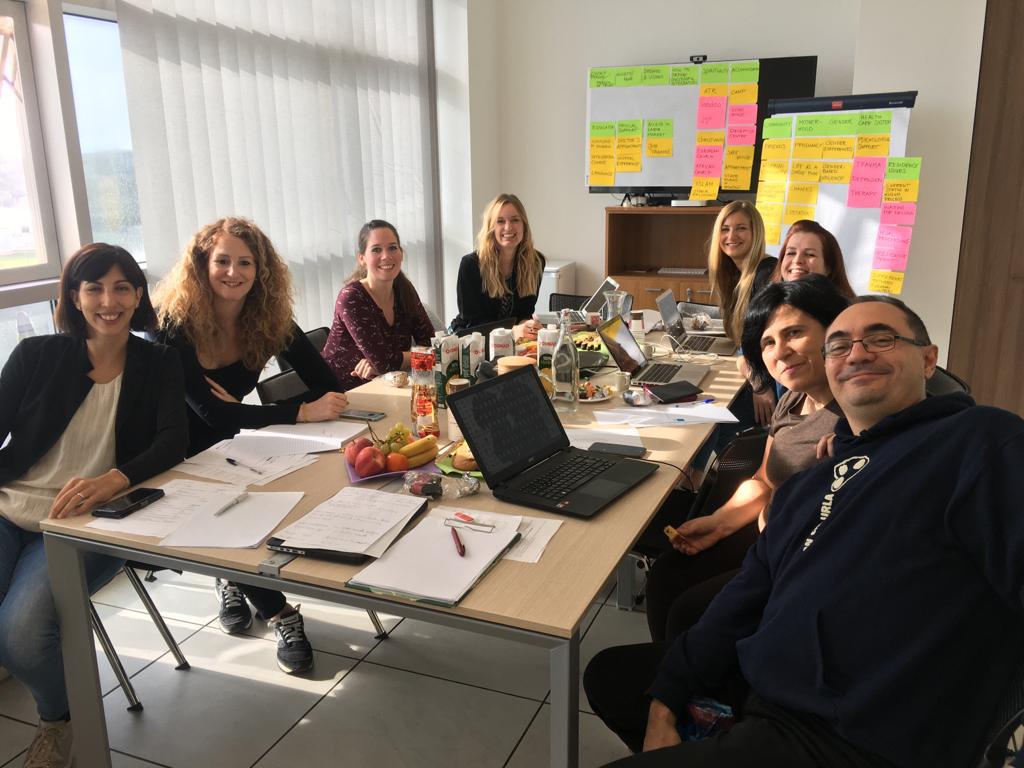 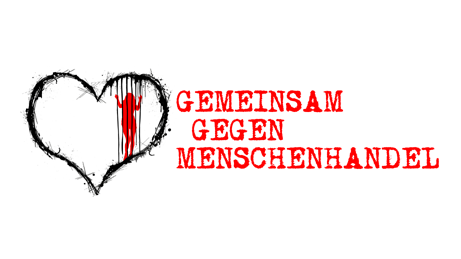 "Together against Human Trafficking" is an alliance of more than 40 organisations and initiatives as well as some committed individuals who work in different ways against human trafficking. The focus is on public relations work; prevention in Germany and the countries of origin; victim protection and assistance for victims through support for member organisations that do outreach work and run shelters and/or specialist counselling centres. Others have opened a so-called "Freedom Business", which enables them to offer affected and particularly vulnerable people a job and thus their own income; improvement of the legal framework in Germany by supporting measures that improve the criminal prosecution of traffickers as well as victim protection and compensation. This also includes political demands and initiatives; nationwide and international networking of specialist counselling centres and relevant organisations. 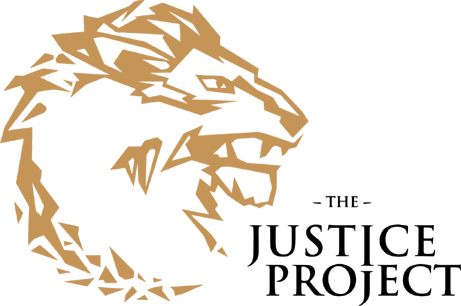 The Justice Project e.V. is a non-profit association based in Karlsruhe. Since 2011, the association has been working with survivors of human trafficking for the purpose of sexual exploitation as well as with women who are engaged in prostitution in Karlsruhe.

The contact café Mariposa serves as a platform for women working in prostitution to receive counselling and access to other social and medical services. In addition, street work is carried out, in which women are met directly in brothels, flats and on the streets.

OASE is the department which supports survivors of human trafficking on their way to an independent and self-determined life. Survivors have the opportunity to live in the safe house of The Justice Project e.V. and join "Kompass" the preparatory integration program which includes German language classes, literacy, cultural classes, trauma management and creative activities. 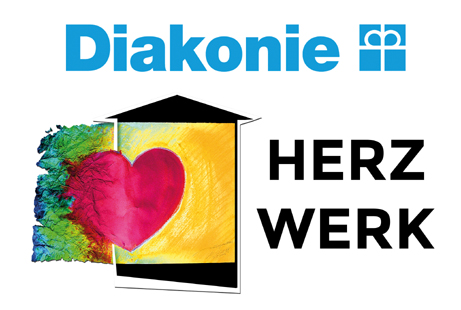 Herzwerk is an initiative for people in prostitution under the umbrella of Diakonie Österreich. Since 2007 Herzwerk has been involved in outreach social work on the streets, in brothels, clubs and studios in and around Vienna. In addition, the organisation offers people in prostitution holistic, individual, low-threshold counselling and care. The aim of Herzwerk is to strengthen people: Since there are many cases that involve coercion or exploitative working conditions, Herzwerk employees try to build a trust relationship, show perspectives and support the pursuit of a person’s own goals. Herzwerk helps people to exit prostitution if this is desired. The organisation relies on a good network of emergency shelters and counselling centres in Austria and abroad. Further, Herzwerk is involved in public relations work, advocacy and research.

SOLWODI stands for "SOLidarity with WOmen in DIstress". The foundation for this international human rights association was laid in Mombasa (Kenya) in 1985 by Sr. Dr. Dr. h.c. mult. Lea Ackermann.

Since 1987 SOLWODI is engaged as charitable organisation with 19 specialised counselling centers and seven sheltered housings in Germany for migrant women in distress. SOLWODI Deutschland e.V. offers holistic psycho-social care and advice, sheltered housing, referrals to legal and medical help as well as support in voluntary returns to the clients' countries of origin.

The Pope John XXIII Community Association is an international association of the faithful of pontifical right.
Ever since its foundation in 1968 by Father Oreste Benzi, it has embraced a practical and constant commitment to combatting marginalisation and poverty. The Association is present in 40 countries across five continents, manages 520 different centers all over the world and runs several projects in order to address the different needs of about 41,000 vulnerable people. The intervention is characterized by the choice of more than 2000 members to share their lives with vulnerable and marginalized people, both children and adults, through family homes, canteens for the poor, reception centers, therapeutic communities for drug and alcohol addicted, shelters for homeless, open families and prayer homes. The Community is also active with projects for emergency humanitarian relief and is present also in conflict zones through its non-violent peace corps “Operation Dove”. The Association is committed in supporting women victims of human trafficking since 1990: it was the first association in Italy to do this, welcoming them in and creating homes especially for them where they could recover the dignity denied them. The recovery process we offer guarantees legal and psychological assistance and health care, helping them to untangle all the bureaucratic knots, to learn Italian and providing them with training courses. From February 2008 an anti-trafficking free-phone service has been active 24 hours a day available to women forced into prostitution and also to their clients and anyone else wishing to help liberate these modern-day slaves.APG23 has had a seat at the United Nations since 2006 with special consultative status at ECOSOC (the United Nations Economic and Social Committee), acting as mouthpiece for the world’s most disadvantaged where international leaders make decisions about the fate of humanity.

Interdisciplinary action-oriented research on inclusion and spiritual resources among children; conceptualisation and effectiveness in the field of flight, migration and asylum, peace education and peace measurement. 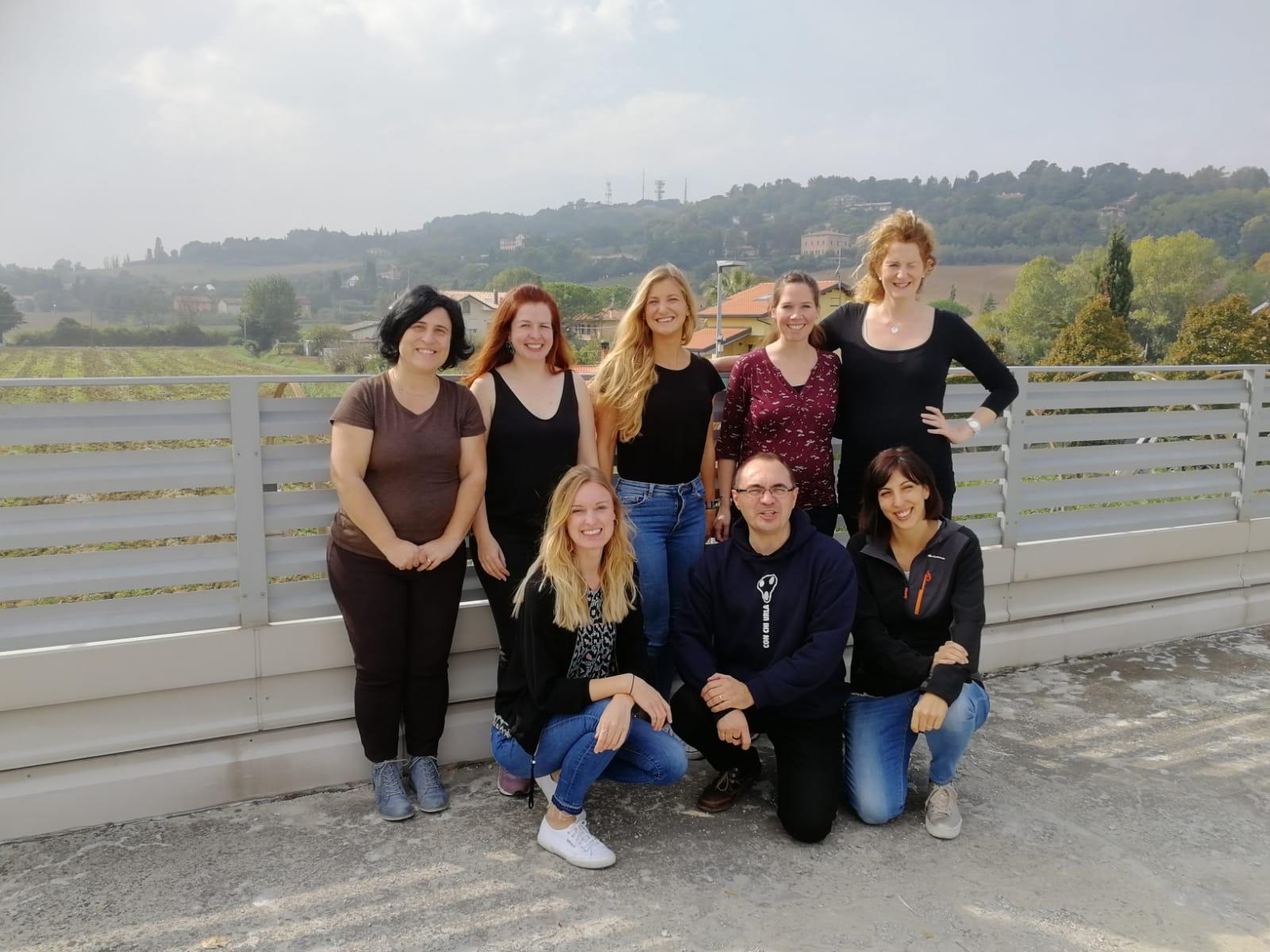 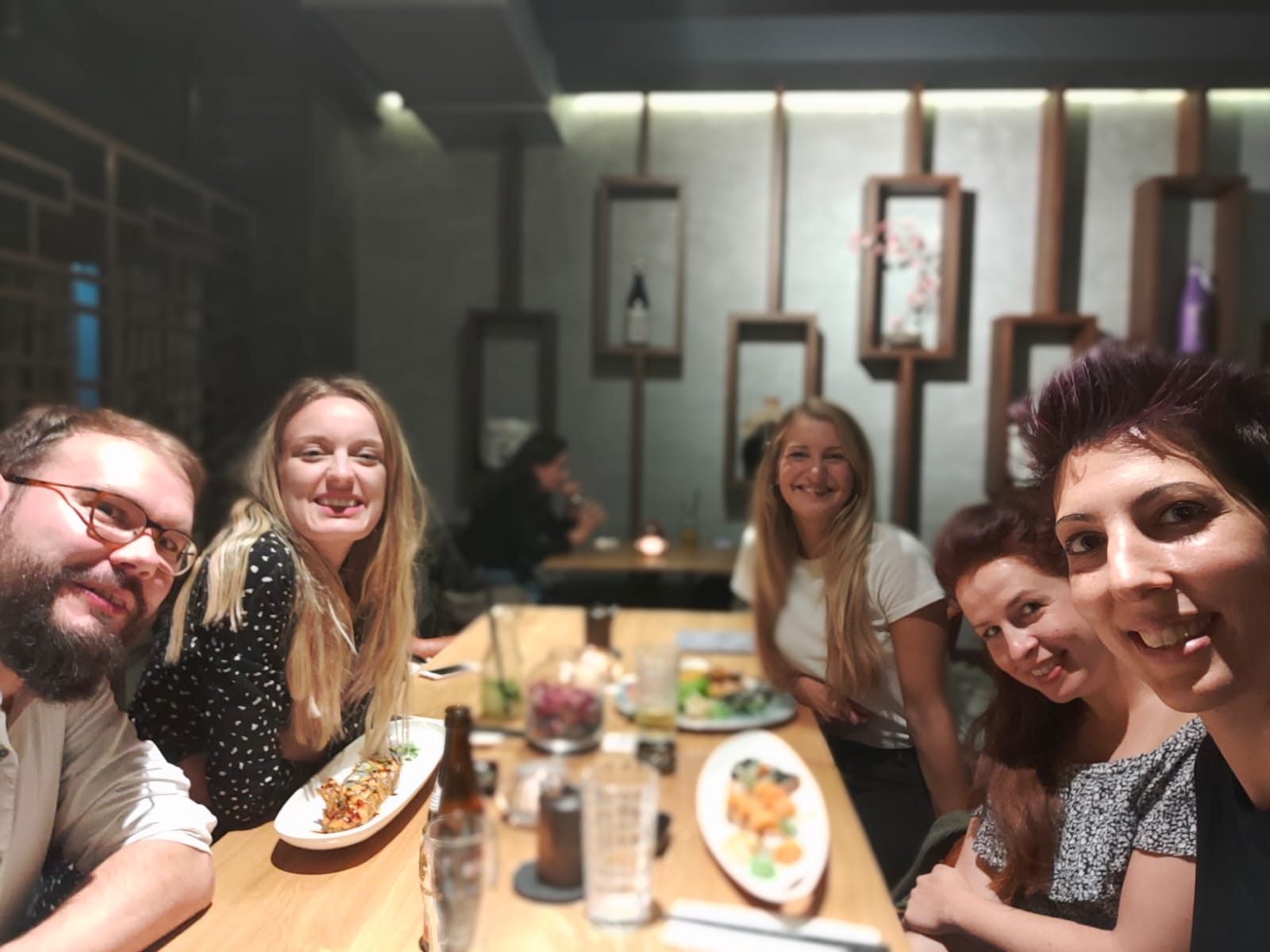 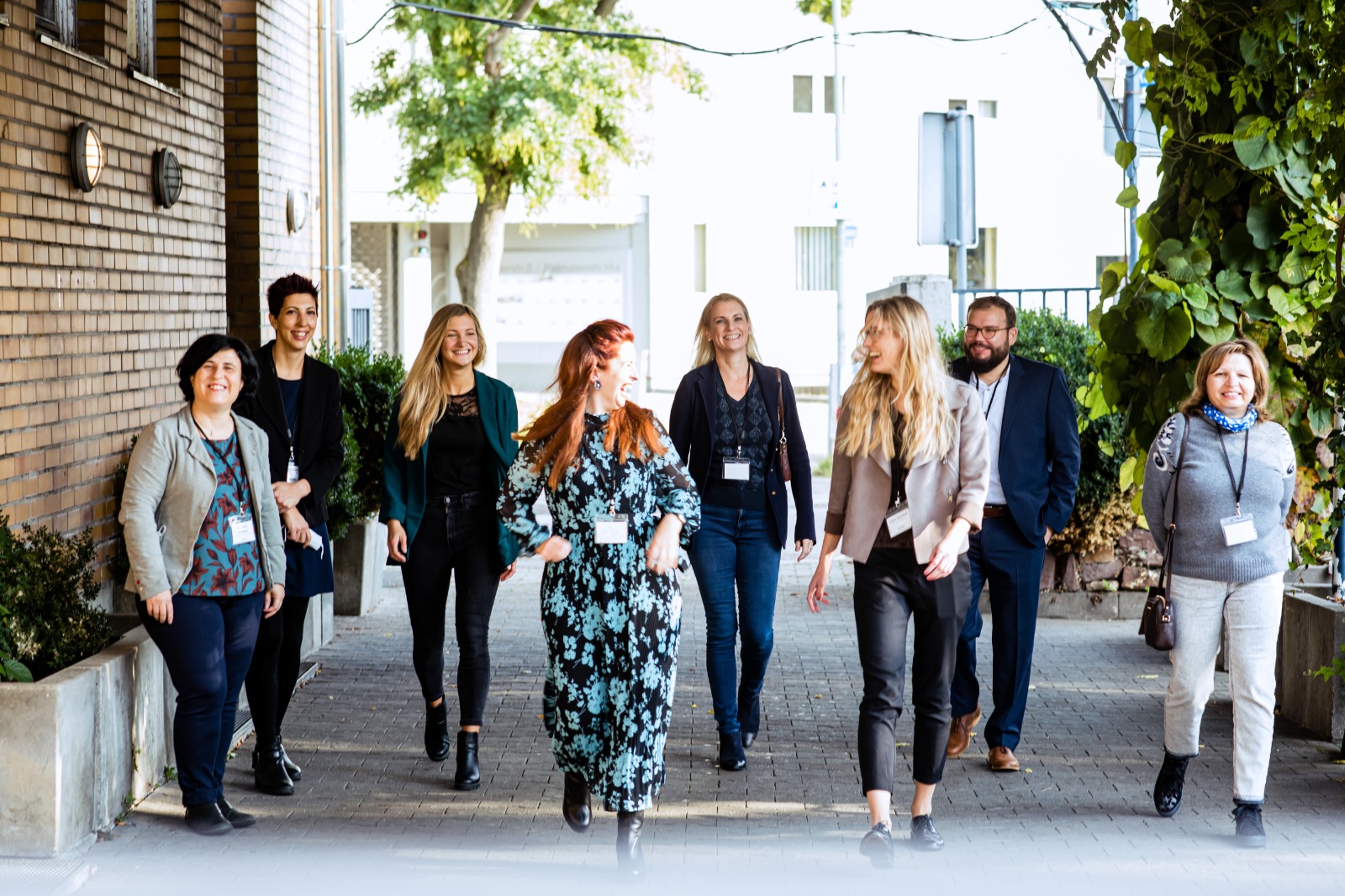